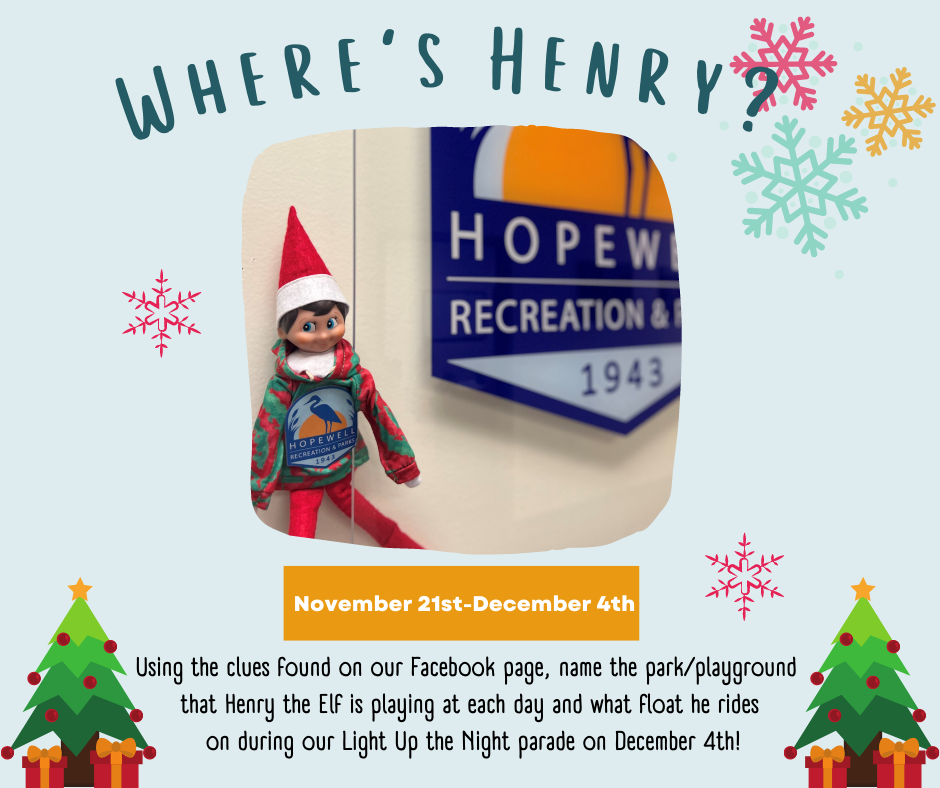 The Hopewell Recreation and Parks Department has a new team member; meet Henry the Elf!

Henry the Hopewell Elf joins us just in time to get ready for our annual Light up the Night Parade on Sunday, December 4th! As we get ready for our Christmas Parade, Henry is checking out all the parks in Hopewell and wants to play a game!

Each weekday from November 21st-December 2nd at 4:30pm we will post a picture here on our Facebook page of Henry playing in one of our parks/playgrounds and it is up to you to guess where he is! Henry will also be making an appearance during our Light Up the Night parade on one of the floats, so be sure to join us and look for Henry!

Youth from 1-17 years old can fill out the scavenger hunt sheet and turn it back into the Hopewell Community Center on Monday, December 5th for a holiday treat. All completed sheets with the correct answers will be entered into a drawing for a grand prize!

We hope you have fun trying to guess which park/playground Henry visited that day and then join us on December 4th for our Light Up the Night Parade!

Reminders and Rules on How to Play:

Class RegistrationSign up for classes
Events